I have never written about movie awards before but something magical happened to me this year that prompted me to change all that. For the first time in all the years I've been an active member of the Screen Actors Guild I was randomly chosen to be part of the elite SAG Nominating Committee for film.

What this means is that I got to watch a shitload of this season's films and then voted for who, in my estimation, should be nominated for the SAG Award in the following categories: best lead male and lead female, best supporting male and supporting female, best performance by a cast, and best stunt ensemble (go figure).

It's an interesting film season, in that there isn't a decisive front runner in any category. Remember a few years back when Helen Mirren graced the silver screen in The Queen? She received endless accolades, sashayed down many a red carpet, and, according to IMDb, snatched up no less than 29 statuettes, plaques, ribbons and bangles portraying the stalwart, corgi-loving QE2.

This year is different, however. There doesn't seem to be a clear cut favorite. Let's look at the Best Actress category: The LA Film Critics lauded the work of Jennifer Lawrence for Silver Linings Playbook and Emmanuelle Riva for Amour, the NY Film Critics Circle preferred Rachel Weisz for Deep Blue Sea, the National Board of Review opted for Jessica Chastain for Zero Dark Thirty, the DC Film Critics went gaga over Quvenzhané Wallis (gotta love a girl with a Q, V, Z, and an accent in her name) for Beasts of the Southern Wild, and the Hollywood Film Festival selected Marion Cotillard for Rust and Bone. It's a celluloid free for all and this made my job all the more tantalizing.

On top of which, 2012 was a significant year to be participating because, Mayan apocalypse aside, this is the year when two of our acting unions, SAG and AFTRA, joined, creating the spanking new, yet not necessarily clever sounding, SAG-AFTRA.

(I find it rather unfortunate that SAG-AFTRA's anagram is a gas fart or perhaps worse a fag tsar.)

I excitedly awaited each movie that ended up unceremoniously crammed into my mailbox. Opening a SAG Nominating Committee envelope felt like Christmas. "Goody. What do I get to see today?" Not all the films sent to me were the foshizzle. For every Lincoln, or even Skyfall there were two loosely crafted, over-acted, under-scripted sacks of shit I had to suffer through. (Is it Woody Allen's intention to film a movie in every major European city, and get progressively worse while doing so?)

It soon became clear to me that Daniel Day-Lewis and Anne Hathaway will fare well whether I vote for them or not. So instead, I decided to stand up for the lesser-knowns... It's entirely possible that because of me the world will fall in love with Ann Dowd or Matthias Schoenaerts. Let's face facts, the SAG Awards are a precursor to the Valhalla of the awards season, the Oscar, and it became my mission to promote new, noteworthy talent over those already in the club with crackerjack publicists, so that they (the lesser-knowns) may join the ranks.

Now, I'm not naive. I'm aware that every person nominated cannot be an unknown from a low budget film. After all, these are American film awards, and what's more American than our beloved name brands. (The only explanation I ever came up with as to why we elected a second George Bush to the White House.)

By my count there were eight almost-definitive, name brand nominations to expect this season: Daniel Day-Lewis, John Hawkes, Jessica Chastain, Jennifer Lawrence, Robert De Niro, Tommy Lee Jones, Anne Hathaway, and Sally Field. It should be noted that all of these luminaries have scored previous SAG as well as Academy Award nominations, four of them winning seven Oscars between them.

But even if these eight actors are shoe-ins, that still gave me twelve acting slots to help fill with lesser-knowns.
For two weeks I dedicated myself to watching movies. I took mental notes, marked up my voters manual, and finally on December 9th proudly cast my votes. I couldn't wait to see how my small contribution might influence the outcome.

And now, Ladies and Gentlemen, I would like to present the Screen Actors Guild Award nominations for 2013:

Every single one of these actors is a seasoned veteran. They share a whopping 49 Academy Award nominations between them, with 17 Oscar wins altogether. Only Cooper and Jackman out of the twenty have thus far been deprived of an Oscar nod, but certainly they are hardly unknown, thanks most recently to hangovers and wolverines.
And no offense to Washington, Cotillard, Field, Hunt, the entire supporting actor category, and Dames Helen and Maggie, but they already have little gold men in their powder rooms. It's time to share. The only Oscar winner from this list that I'm surprised and tickled about is kicky Nikki Kidman. Her balls to the wall performance in the little seen movie The Paperboy was quite unexpected.

But where are the unpredictable nominations like exhilarating Mary Elizabeth Winstead in Smashed, for instance? Or what about engaging Ezra Miller in Perks of Being a Wallflower? And where the fuck was Joaquin Phoenix? Granted he's no lesser-known, nor is he a stranger to the awards circuit but his work in The Master was really quite superb. And there are so many others: Matthias Schoenaerts in Rust and Bone, Ann Down in Compliance, Tom Holland in The Impossible, Juno Temple in Killer Joe, Omar Sy in The Intouchables, Pauline Collins in Quartet, Jason Clarke in Zero Dark Thirty and someone, anyone from Anna Karenina. But the most startling omissions for me were glorious Emmanuelle Riva and Jean-Louis Trintignant in Amour.

And after all the work I've done, and yes screening twenty some odd films in a fortnight, without my voice being heard is heart-rending work. I'm disillusioned and pissed off that actors, actors, are just as easily swayed by the glossy pabulum that is force fed to us by studio execs and publicists.

My idealism has taken a beating.

trash said…
Maybe things would have gone better if the Awards were on the premise I first ascribed to the SAG acronym on reading. Imagine how much fun you could have as part if the Straight And Gay awards team :-)
December 22, 2012 at 3:06 PM 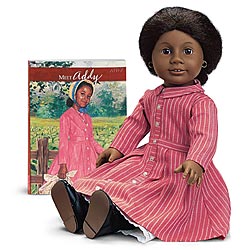 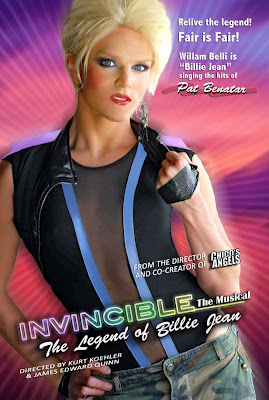