Showing posts from December, 2012
Show all

I have never written about movie awards before but something magical happened to me this year that prompted me to change all that. For the first time in all the years I've been an active member of the Screen Actors Guild I was randomly chosen to be part of the elite SAG Nominating Committee for film.  What this means is that I got to watch a shitload of this season's films and then voted for who, in my estimation, should be nominated for the SAG Award in the following categories: best lead male and lead female, best supporting male and supporting female, best performance by a cast, and best stunt ensemble (go figure). It's an interesting film season, in that there isn't a decisive front runner in any category. Remember a few years back when Helen Mirren graced the silver screen in  The Queen ? She received endless accolades, sashayed down many a red carpet, and, according to IMDb , snatched up no less than 29 statuettes, plaques, ribbons and bangles portrayin
5 comments
Read more 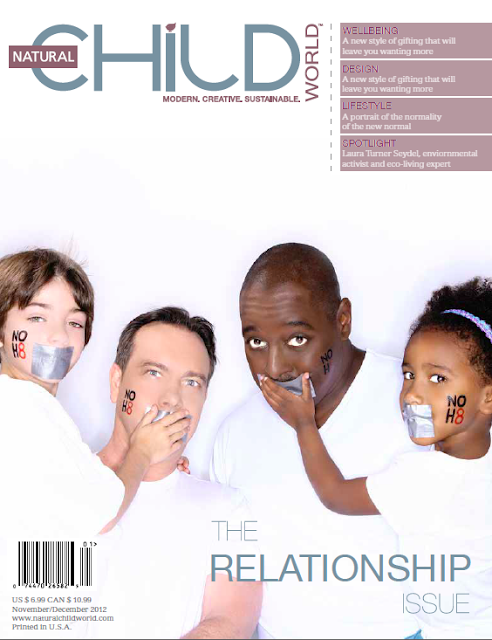 I had no idea this would happen. Really.  The whole thing started with an innocuous phone call. LESBIAN FRIEND: How would you and Michael like to be interviewed for the magazine my wife works for? The article would be about gay parenting. Sort of like a real life Modern Family . ME: Cool. See. An interview. That was the extent of it. Emails were sent, phone calls were made, and before I knew it a photo shoot was scheduled to occur in my house. Now, one might imagine any photographer worth his or her aperture would provide his or her own equipment. But somehow the photographer that came to my house to shoot my family neglected to bring any lighting apparatus of any sort, and on a day that was fifty-two shades of battleship gray. Trust me, my bullshit meter was going crazy.  The photographer busied himself moving my living room furniture around, trying to find a glimmer of natural light (knocking my standing lamp over in the process) as Michael and I were being i
8 comments
Read more
More posts