Showing posts from February, 2009
Show all

- February 27, 2009
Rejection is a bitch. And as an actor it's routine. I've never had the proverbial "Next" shouted out to me in the middle of an audition, however, I certainly have seen befuddled casting directors with that "don't call us, we'll call you" look on their faces. And to be honest, I have blown chunks on the rare occasion. Rejection in those instances is not surprising. However, when you know you've kicked ass, when the air in the room crackles with your brilliance, when the casting folks are slack jawed, bathing in the glow of your talent, and still they don't cast you, that really sucks a sow's teet. Usually there is no reason offered for the rejection. The other actor may have been a bit taller or blonder. Or maybe casting really liked his knit shirt. Since September, I've auditioned twice for the theatre where my husband is artistic director. You would automatically think, " Wife of ...he must get some nifty perks." But asi
8 comments
Read more

My Husband the Whore 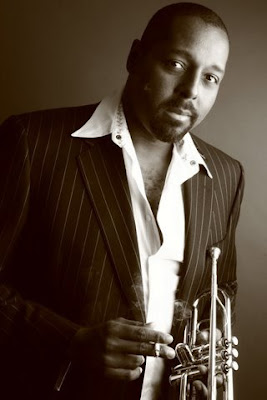 This morning, a parent from Sebastian's school said, "You know, your husband is a whore." He felt justified in saying this because he saw Michael has over 1,500 Facebook friends, making it sound like my husband doled out fifteen hundred blowjobs to acquire those friends. (I can't imagine it's that many.) You might think I'd defend my husband's honor. I did not. The thing is, I know I married a slut... Or should I say former slut... Perhaps recovering slut is more apt. However you parse it, slut in the former or recovering stage, I do admit that Michael is a tremendous flirt. "How can you let your husband flirt like that?" I've heard on more than one occasion. But I believe that Michael's flirting is a spectacular talent and should not be reserved for me alone. Would you stifle a child who had a natural aptitude for music? Of course not. You'd go out and buy him a trumpet. It's the same with Michael, he goes into a bar and charms
10 comments
Read more 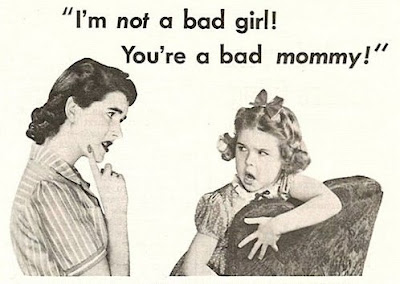 Bad Mommy is new feature of Mommy With a Penis . It will show up sporadically, at my whim, and share fucked up mommy moments. Maybe they will be my own personal tales. Maybe they will be stories from the news. Or maybe certifiable celebrities like Britney or Jacko will do something even more outrageously stupid than driving with baby in front seat, or baby dangling over balcony. Whatever the story, whoever the parent, this column is dedicated to illuminating the bad mommy in us all. But just in case it gets a bit too real, I have DCFS on speed dial. Sebastian's second tooth came out. We oohed and aahed, got him excited about the Tooth Fairy, placed it under his pillow, and then promptly forgot to do the switch. You should have seen his fallen face the next morning, lone baby tooth in his outstretched hand. Somehow without coffee in my system my mind was surprisingly quick. I explained that the Tooth Fairy doesn't work full time, only Monday, Wednesday, Friday. "Put you
10 comments
Read more 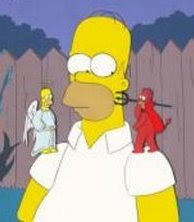 I honestly don't think there's any way I can write the following post without sounding like a total assholeshitfacejerk. And so, into piranha infested waters I dive... Last Friday night, an acquaintance of mine was beaten up, held at gun point, and robbed of keys and phone. This happened in Silver Lake, an area of Los Angeles that has opened its arms to the artsy fartsy, the lefty greeny, the faggy dykie. A magical place where cappuccinos are dry, customers bring their own shopping bags to grocery stores, and bohemes somehow make Birkenstock with black socks look cool. In other words, Ann Coulter would spontaneously cumbust were she ever to set stiletto in Silver Lake. Acquaintance was walking from one hipster joint to another, the stretch not at all well lit, and was jumped right in front of my daughter's school!! He immediately went to the hospital and is told this is the ninth of this kind of attack in two weeks! What was first thought of as fag bashing, because all
9 comments
Read more

Cheese in a Jar 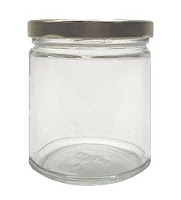 Came home late from a thing last night. Had no money for the babysitter, had to stop at Albertson's. This would kill two birds: ATM for the moolah, snacks for the munchies. Walked in the store and I swear a Hallelujah chorus accompanied the woosh of the automatic doors. There, before my eyes, was a pyramid of Lays potato chips next to a smaller pyramid of cheese in jars. I had my initial doubts. I mean, I don't think I've ever bought cheese in a jar. How healthy could it be? Since it's stored at room temperature, it can't really be considered dairy, can it? I figured it was probably an amalgam of plasticine and botulism and yellow food dye #33. I decided to check the label to see what's in it. At least look at the calorie count. I picked up the jar, and could only allow myself a quick glance. So quick, I can't even tell you the brand name. I did, however, make out the word medium , ostensibly referring to its spiciness. (I doubt it had anything to do with
9 comments
Read more 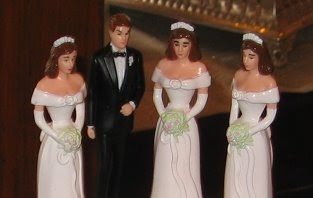 I haven't written about my addiction. Serial television. Doesn't matter what it is: espionage, vampires or those desperate gals on Wisteria Lane searching for season two glory, I cannot seem to get enough. And even though it's a Wonder Bread world, where the "gay" act straight, the "old" are gorgeously fit, and the occasional "black" is played by Taye Diggs, I am a lemming who will gladly follow. All I need is the challenge, same bat time, same bat channel , and I will strap on a tourniquet, pump up my vein and shoot up with juicy anticipation for the following week's unending plot points. This addiction hearkens back to the eighties, when I was introduced to that quartet of guilty pleasure: Dallas , Dynasty , Knots Landing and Falcon Crest . (I can still hum all their theme songs beginning to end.) And it didn't matter the backdrop, vineyard, oil field, cul de sac, all that was needed was a fertile environment for good to battle evil
11 comments
Read more
More posts